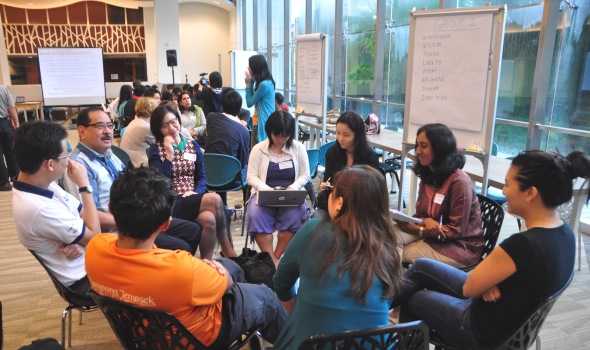 At a recent housing conversation CRIHI hosted in Riverbend/Terwillegar, the community spoke to one point quite strongly: We Need Quality consultation!

They argued that the City and developers need to engage with the communities much earlier. A poorly done process (just checking a box) breeds mistrust. As well, if the developer doesn’t have a good plan to address reasonable concerns, that triggers much higher levels of fear, worry and concern in the local community.

They suggested neighbourhoods need a healthy conversation with a diverse group of voices at both planning tables and in consultations.

They also advise that Developers should give neighbours some choices, and to take their input into account when fine-tuning a project.

But do we have any good examples of how to do this well?  One great example took place here in Edmonton in the community of North Glenora in 2015/2016.  On May 8, 2018, CRIHI hosted an event called Learning from Good Consultation, where we heard from community members, the local developer and an elder with the church about the process they developed to host the conversation in their neighbourhood.

Here is the Keynote address from that event:

Andrew Gregory has also written up his experience of how that conversation went, and the work they did to create a healthy process.  You can find it in the link below.  It’s a very good read!

How North Glenora Got to Yimby