So you’re interested in working in your community…    As you begin, consider the following insights from those involved in community development work.

Look before you leap!  What do you see? 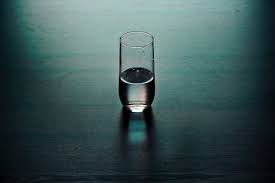 “Imagine that my neighbours only saw me by the the empty half of my glass.  He’s the old guy with heart problems…   How would they treat me then?” – John McKnight

Not so long ago, in a city not unlike our own, there was a church who wanted to find a way to give back to their community.  So they did some driving around in a few neighbourhoods where there was a lot of poverty.  After a while, they found an area where they saw a lot of young families with kids, but no place for the kids to play.  But there was a big empty lot there.  They called up the city and discovered that this piece of property was actually zoned as a public park, but no one had built it.

The neighbours answered honestly.  “Actually we’re a little discouraged about this.  You see we had our own plans to build a playground here.  This empty lot…  We were the ones who got it zoned as a playground.  But you never came to talk to us to see what we wanted or what we thought.”

The point in telling a story like this is not to heap abuse on the efforts of well-meaning volunteers; it’s to get us thinking about unintentional consequences, and about what a better approach might look like.  So consider these questions:

Consider this chart that provides a helpful framework.   It asks us to consider how we do things as parents, churches, governments, or other institutions.  We hope it will help you discover how to do the work of loving our neighbour and our community in a way that nurtures health and vitality in each other (sharing from the full half of our glass).

How should we do this..? 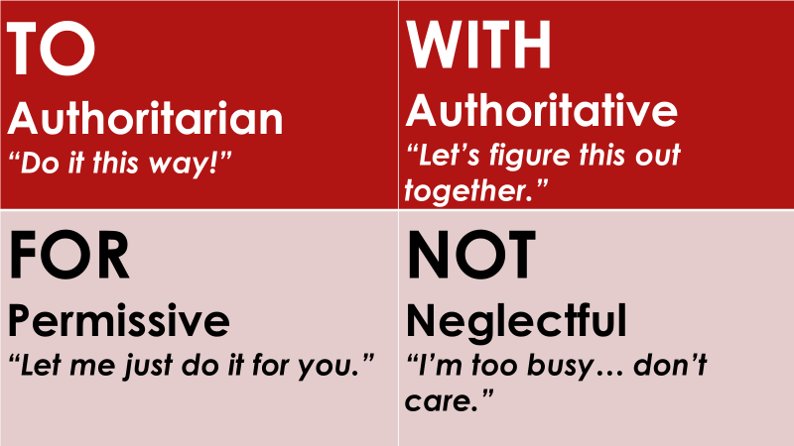 Here are a few points to consider when engaging your community:
1. Successful community development is asset-based, internally-focused, and relationship driven.  (Whatever we do, we do it with!)
2. Lasting change comes from within the community.
3. Engaging people’s skills is a priority.  (work with local assets; the full half of the glass)

“to be effective community-builders, faith congregations need to function as both ‘faith communities,’and place-based communities.”

What can this look like?  Consider this true (slightly better) example.

Another church community wanted to get involved in their community and get to know their neighbours.  So every Sunday morning, they did a March for Jesus in the blocks surrounding their church.  They put a Ghetto blaster on a stroller (old school!), and picked up garbage or cleaned up Graffiti as they went.  Over time, they began to meet and have conversations with their neighours.  Some neighbours were inspired to fix broken windows and clean up their yards.  Eventually, the neighbours shared that they had difficulty getting rid of larger junk.  So the church set up a dumpster on their property to help local neighbours clear out their garbage.

There is much more to consider on this, but we hope to continue this series on community development in the Neighbourly over the course of the next few months.

Do you have a story or an example to share as to help us as we learn together?  Please send it our way!  Email: Mike@interfaithhousing.ca

Key stories and examples in this reflection were featured in a January workshop hosted at Southpointe Community Church called “Helping without Harming” by Diaconal Ministries Canada and World Renew.