The following research highlights are from the 2017 report entitled: HEAVY USERS OF SERVICE SOCIAL RETURN ON INVESTMENT (SROI) ANALYSIS

The Heavy Users of Services (HUoS) project was launched in 2013 as a partnership consisting of 16 groups including health and social service providers, first responders, justice services, Indigenous-focused organizations, and government representatives. The initiative was developed as a response to community members who are highly vulnerable, cycle through the systems, and repeatedly “fall through the cracks”. By establishing an MOU (Memorandum of Understanding) and consent forms, agencies were able to share information across sectors, facilitating more comprehensive and holistic service delivery.

Since its implementation in late 2013, HUoS has supported a total of 27 individuals that are characterized as being:
▪ Edmonton’s most frequent users of health, justice, and social services
▪ often involved in social disorder incidents as both victims and offenders
▪ extremely vulnerable human beings with complex needs
▪ disproportionately Indigenous and experiencing the intergenerational impact of residential schools, colonization and loss of traditional family support networks
▪ often living with the long-term and irreversible impact of fetal alcohol spectrum disorder
▪ mired by a range of mental and physical health issues, addictions, and homelessness
▪ people who have experienced deeply traumatic life events
▪ people for whom systemic barriers and gaps prevent or reduce access to supports, treatment, and programming.

The project worked to coordinate efforts from numerous angles, including better communication, provision of housing and supports, and committed case management resources.

The project team was able to track some measurable success as can be seen in the graphic below: 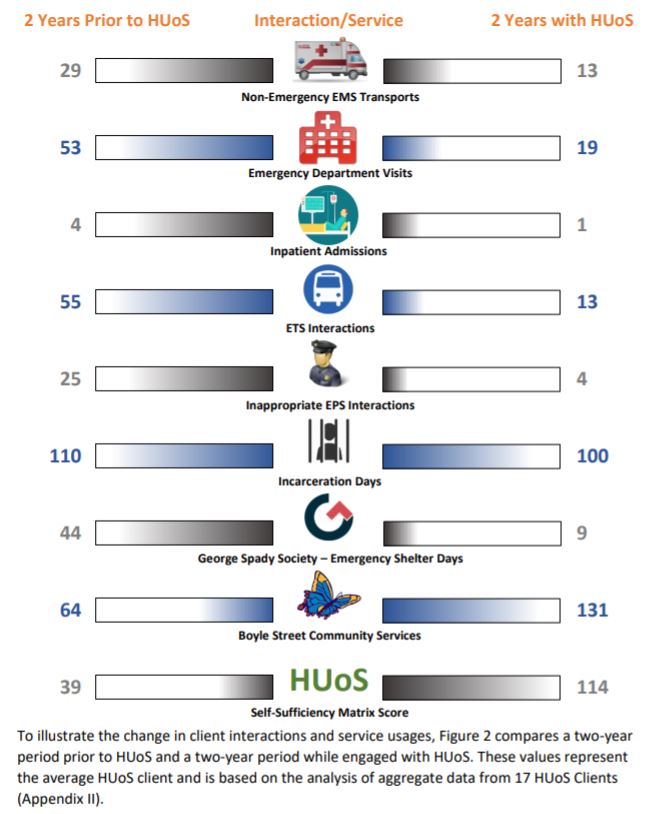 The Project team was also able to quantify the return on investment, with demonstrated cost savings to the system, along with measurable improvements in the lives of clients. 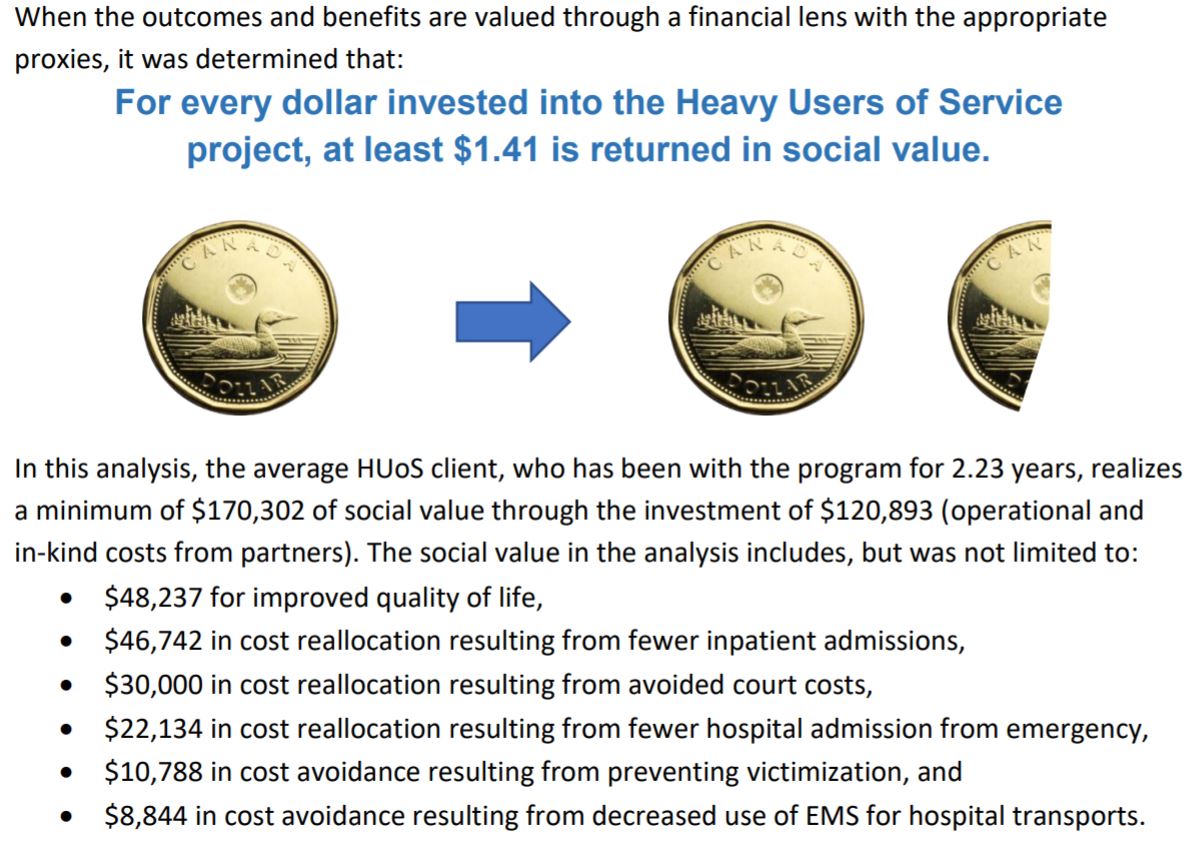 IN SUMMARY:  This report reinforces previous findings that were prevalent in the launch of the ten year plan.  It highlights the quantifiable data that says not only are tools such as coordinated support services and provision of housing cheaper than services that just keeping someone alive on the street, they also work to measurably improve a person’s quality of life!